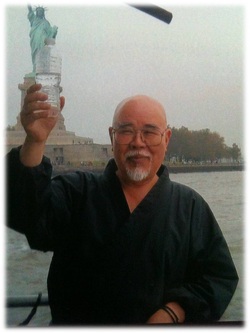 I'm here, You're here
This is a very significant
meeting, I trust.

"When there's THIS,
then THAT comes to be;
with the arising of THIS,
THAT arises.

When there isn't THIS,
THAT doesn't come to be;
with the cessation of THIS,
THAT ceases."

Frequently Asked Questions:
Q. Where is your temple? or are you living in a monastery?
A. I do not live in a temple or monastery. I am the temple.
People are the temple. My temple is where I am. It is a mobile temple. 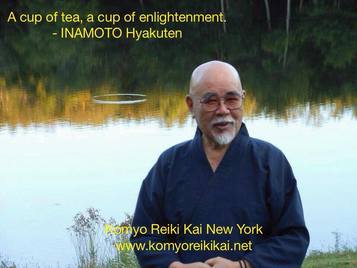 Komyo ReikiDo is a doorway to spiritual awakening and a path to Satori.
Komyo Reiki is a "keep-it-simple" Reiki system.

Komyo ReikiDo Motto
Go placidly in the midst of praise or blame!

(kissa ko)
A cup of tea,
A cup of enlightenment!


Komyo ReikiDo, the system Inamoto Sensei has created, presents Reiki as it was understood and commonly practiced in the 1930’s in Japan.
This system places emphasis on spiritual enfoldment through the practice of Reiki Ryoho, aiming for “satori” or enlightenment. 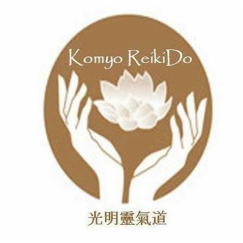 INAMOTO Hyakuten Sensei and Komyo ReikiDo
With deepest gratitude and appreciation to all Komyo Reiki Shihans around the world who are dedicated and committed to share the amazing gift of Reiki Ryoho to others.

"Shihan" is a Japanese term, often used in Japanese martial arts as an honorific title for expert or senior instructors.  Shihan in Komyo ReikiDo, is a teacher, a person who, while teaching, continues to learn something from his students.  The Reiki Teacher does not teach the student how to live; on the contrary, he helps him learn how to choose and then, the student has to undertake the path toward spiritual enlightenment himself.