​USUI Mikao Sensei, is the founder of Usui Reiki Ryoho (Healing Art). He attained enlightenment, and a healing ability as a godsend was bestowed upon him in 1922 at the age of 57 while he was fasting/ meditating on Kurama-yama in Kyoto, the ancient capital city of Japan. He was born on August 15,1865 in the village of Taniai- mura(village) in the Yamagata-gun (country) , Gifu-fen (perfecture) in Japan. He is descended from Chiba Tsunetane. His father's name was Taneuji, and was commonly called Uzaemon. His mother was from the Kawai Family.

April 11, 1922: Usui Mikao Sensei settled in Harajuku, Aoyama,Tokyo and set up the Gakkai to teach Reiki Ryoho and give treatments.
September of the 12th year (A.D.1923), there was a great earthquake and a conflagration broke out. Everywhere there were groans of pains from the wounded. Sensei, feeling pity for them, went out every morning to go around the town, and he cured and saved an innumerable number of people.
Due to his respected and far reaching reputation, many people from local districts wished to invite him. Sensei, accepting the invitations, went to Kure, and then to Hiroshima and Saga, and reached Fukuyama. Unexpectedly, he became ill and passed away there. It was March 9 of the 15th year of Taisho (A.D. 1926), aged 62. 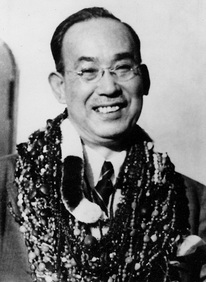 
A captain of then Imperial Navy of Japan, enrolled in the 30th class os the Naval Academy in December, 1899 and graduated December,1902. He was initiated into Shinpiden (Teacher's Degree) in 1925 after his retirement from the Navy and opened his Reiki Clinic at Higashi-Shinanocho, Tokyo, Japan.  He was one of the Directors of Usui Reiki Ryoho Gakkai. He made 13 Shihans (Teachers) and two of them women namely Mrs. Hayashi Chie, his wife and Nrs. Hawayo Takata, who brought Reiki to the West. 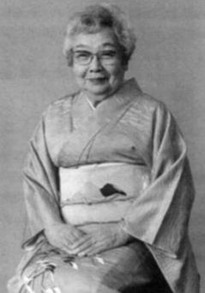 YAMAGUCHI Chiyoko Sensei  first learned Reiki in 1938 from  HAYASHI Chujiro Sensei.  She began teaching Reiki to others in 1996.  She had no set curriculum, did not provide any written materials or certificates.YAMAGUCHI Chiyoko Sensei made no clear distinction between levels, and no specific class was taught to designate her students as such. 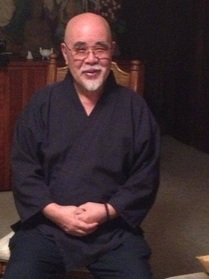 Komyo ReikiDo, the system INAMOTO Hyakuten Sensei has created, presents Reiki as it was understood and commonly practiced in the 1930's in Japan. This system places emphasis on spiritual enfoldment through the practice of Reiki Ryoho, aiming for "satori" or enlightenment.

Komyo ReikiDo Motto:
Go placidly in the midst of praise or blame!

​INAMOTO Sensei says,
(kissa ko) A cup of tea, a cup of enlightenment! 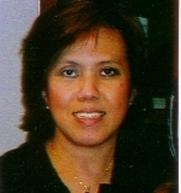 Reiki is one of the one of the many blessings in my life.  It's a great honor and privilege for me to share this wonderful gift to YOU. 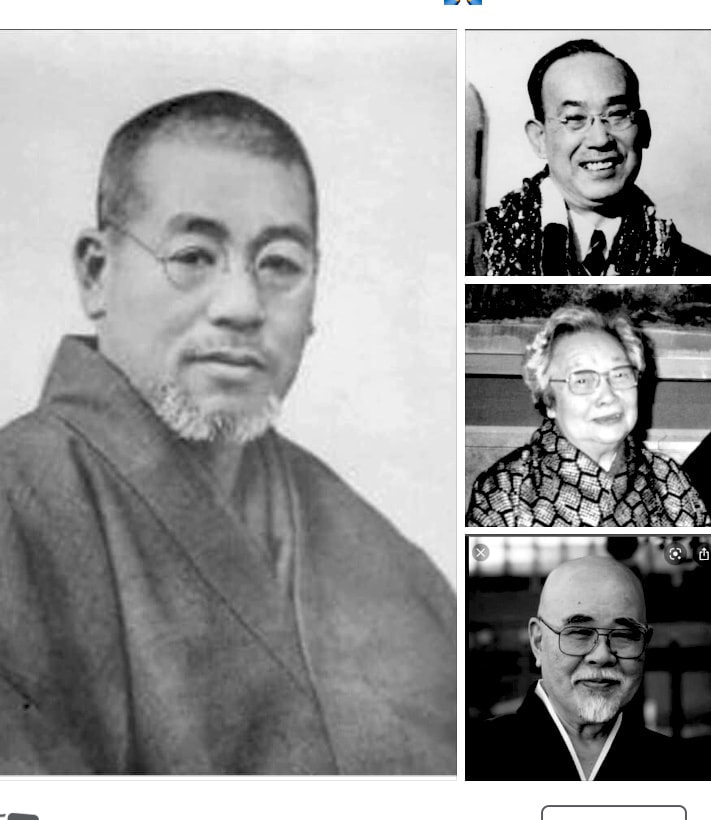